>>Return to MMAC Board of Directors
New 2021 MMAC Directors

Chris Abele is a civic leader, business owner, and philanthropist.  He currently serves as president of CSA Partners, a venture fund he founded in 2013, focused on high growth startup companies, and also owns CSA Commercial, a real estate company.  He founded Ward 4, a co-working and convening space in Milwaukee’s fourth ward.  From 2011 to 2020 he served as Milwaukee County Executive where he focused on lowering the county’s debt and deficit, improving efficiency, increasing accountability, building public private partnerships, and instituting a performance management culture.  Chris was also founding member of the Initiative on County Innovation at Harvard’s Kennedy School of Government.  Prior to his time as County Executive, he was CEO of the Argosy Foundation, where he continues to serve as a trustee.

His 25 years of volunteer work has included founding Milwaukee Film, founding the Milwaukee Shakespeare Company, and co-founding No Studios with John Ridley.  Chris has served on dozens of non-profit boards, including chairing the Milwaukee Symphony Orchestra, the Marcus Center for the Performing Arts, the Boys & Girls Clubs of Greater Milwaukee, the National Association of Health Education Centers, Women for Women International, and the Royal Shakespeare America board.  He currently serves as chair the national Victory Fund, and chair-elect of the Boys & Girls Clubs of America.

Chris was a Hunt Kean Leadership Fellow in 2017.  He studied at Lawrence University in Appleton, Wisconsin.

Chris is married and has three daughters.

Bertschinger was named the President and COO of Wells Concrete Great Lakes in January 2021. In this position, he is responsible for leading the organization in strategic initiatives including revenue growth, operational and financial performance as well as safety and quality for the Great Lakes facilities.

He has vast experience in strategic planning, talent acquisition, organizational development and succession planning. He has been leading the manufacturing and construction industry for over 25 years.

He replaces Alan Antoniewicz, who announced in January that he is retiring from his role as president and COO of Spancrete, which was acquired by Wells Concrete last year.

Michelle Gass was appointed CEO of Kohl’s in May 2018. Gass is responsible for Kohl’s overall strategy and operations, overseeing 1,160 Kohl’s stores, Kohls.com, and associates nationwide.

Gass joined Kohl’s in 2013 as Chief Customer Officer and was named Chief Merchandising and Customer Officer in 2015, with responsibility for Kohl’s marketing, merchandising, planning and product development functions. Gass was promoted to CEO-elect in October 2017 prior to assuming the CEO role. Gass was a key architect in the creation of Kohl’s long-term strategic framework, the Greatness Agenda, in 2014. She also led the company’s focus on becoming the active and wellness destination for families, launched Kohl’s next generation loyalty program, and has been responsible for bringing in new categories, partners, and brands, including Under Armour and Amazon.

Prior to Kohl’s, Gass spent more than 16 years with Starbucks holding a variety of leadership roles across marketing, strategy, merchandising and operations, including president, Starbucks EMEA. She played a key role working with the leadership team during the Starbucks transformation of 2008-2009.

Gass has received numerous professional honors, including being named to Fortune’s list of the Most Powerful Women in Business, and to Fortune’s Businessperson of the Year list, as well as being named The Visionary 2020 by The National Retail Federation. Gass currently serves as a director of PepsiCo, Inc., a global food and beverage company.
Gass received her undergraduate degree from Worcester Polytechnic Institute and an MBA from the University of Washington. 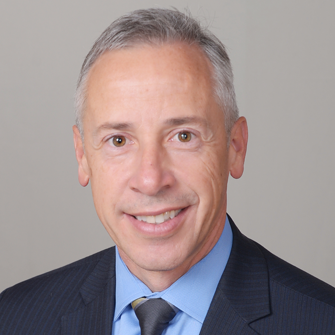 Gus Hernandez joined Associated Bank in October 2019 and is the Senior Vice President & Market Leader, Corporate Banking. He is responsible for leading a corporate banking team in its business development and client relationship efforts for the Southeastern Wisconsin market.

Hernandez brings more than 30 years of banking experience to Associated Bank. Most recently he held the position of Milwaukee regional president at Johnson Bank. Prior to that he spent nearly 15 years at BMO Harris Bank/M&I Bank, holding leadership positions in commercial banking in Wisconsin and Florida.

Insulation Technologies is a 35-year old, family-owned business that serves as general contractors, distributors of Quaker windows and installers of acoustical and regular window and door products.
Hurtado started as a general manager of the Energy Experts franchise in Waukesha in 1983, a wholly owned subsidiary of La Casa de Esperanza, Inc. In 1985, he bought his own franchise from the Energy Experts in Racine and Kenosha and Insulation Technologies, Inc. (INTEC) was born. 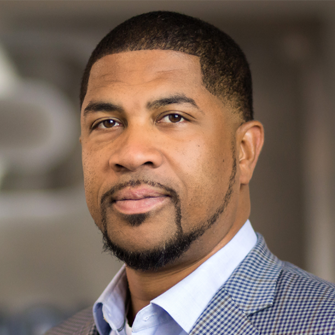 James Phelps, President of JCP Construction, has more than 24 years of industry experience, including both on-site and office experience. James leads the company’s pre-construction and office operations team, and provides senior oversight for the project team to ensure that cost, schedule, and quality commitments are met. He also oversees project cost management, identifying and preparing bid packages for design and construction phases, bid oversight and contract negotiations.

A graduate of UW-Milwaukee (BA Finance ’08) James is a LEED Accredited Professional as well as a graduate of Marquette University’s ACRE (Associates in Commercial Real Estate 2005) program. James’ project experience includes being part of the team of notable projects including the Northwestern Mutual tower and commons, Milwaukee School of Engineering soccer and parking facility, Komatsu’s new headquarters, the Milwaukee Bucks’ arena and Bader Philanthropies headquarters.

James began his career as a painter apprentice for the Facilities and Maintenance Department at Milwaukee Public Schools where he left as a supervisor. He transitioned into the office as an intern at KBS Construction, which is now part of CD Smith. James left KBS as a project manager to begin JCP Construction with his two brothers. James serves as chair of the Dr. Martin Luther King Jr. Jr. BID #8 board, The Repertory Theater board of trustees, Bradley Tech Foundation board and MMAC’s Council of Small Business Executives board. 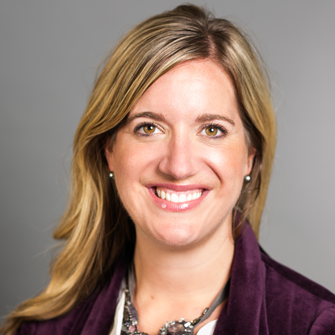 Lori Richards is the CEO of Mueller Communications, Wisconsin’s largest independent public relations agency. Lori leads the team of results-oriented problem solvers as they work to meet the communications, media relations and integrated marketing needs of clients throughout Milwaukee, Wisconsin and the Midwest.

For more than 15 years, Lori has been involved in public relations in Milwaukee and has been instrumental in leading clients through major crises, product recalls, awareness and influencer campaigns, social media crises and significant communications initiatives.
In addition, she oversees Mueller Communications’ operations, leads new business development and helps ensure client programs are strategic, results-driven and focus on connecting clients with the people or organizations that will help them reach their goals.

Lori has earned honors for her public relations efforts, including national and local awards for crisis communications models for the local manufacturing industry, public affairs plans, events and effective media relations work. Having been the beneficiary of a public relations award honoring promising PR practitioners early in her career, Lori resurrected the Ben Barkin-McKeithan scholarship, which is now awarded annually by Mueller Communications.

Lori graduated from Marquette University in Milwaukee having studied public relations and english. She is on the Board of Directors of the Milwaukee Press Club, TEMPO Milwaukee, Discovery World and Pearls for Teen Girls, and serves on volunteer committees with the Daniel Hoan Foundation, Harbor District of Milwaukee and Milwaukee Public Museum.

She lives in Shorewood with her husband and daughters, where she enjoys many a weekend afternoon at the ball field, fixing up a very old house and frequent trips to the ice cream shop. 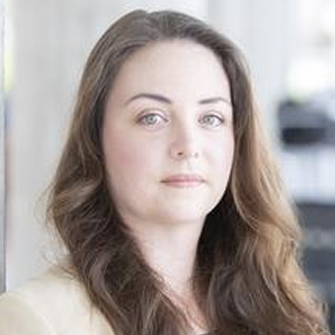 Named to the 2019 Women of Influence list for Family Business by the Milwaukee Business Journal, she is passionate about employee development and diversity initiatives. She serves on advisory committees, including the Women’s Business Development Council Advisory Committee for the Milwaukee area. 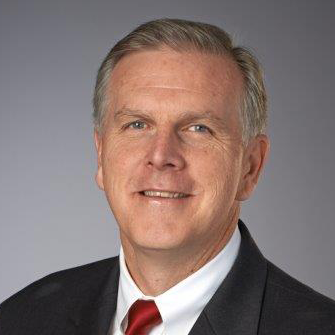 Kevin is Chairman, President and Chief Executive Officer of A. O. Smith Corporation.
A. O. Smith is a global water technology company with revenues of $3+ billion and market capitalization of approximately $9 billion. A. O. Smith was included in the S&P 500 Index in 2017.

Kevin was named Chairman of A. O. Smith Corporation on May 1, 2020. He was appointed President and Chief Executive Officer on September 1, 2018. He is the 10th CEO in the company's 146-year history.

Prior to becoming CEO, Kevin was President and Chief Operating Officer from June 2017, and was responsible for the company’s global water heating and water treatment operations. He also oversaw the company’s Research and Development and Information Technology functions.
Kevin was elected to the A. O. Smith Board of Directors in July 2017. From 2011-2017, Kevin was Senior Vice President of A. O. Smith Corporation and General Manager of its North America, India, Europe Water Heating and Export business, which was the company’s largest operating unit.

Prior to this position, from 2007 Kevin was Senior Vice President and General Manager of A. O. Smith’s U.S. retail water heaters. Kevin joined A. O. Smith as a regional sales manager for its Water Products Company division in 1994. He also served as Managing Director of the company’s Veldhoven, the Netherlands operation from 1999, and as Vice President-International from 2004.

He is a member of the Manufacturers Association for Productivity Improvement (MAPI) Division Leadership Council, Business Roundtable and the Presidents’ Roundtable. He has served as an at-large director of the Air-conditioning, Heating, and Refrigeration Institute (AHRI). He is also a director of Graco Inc.
The following directors will be re-nominated: